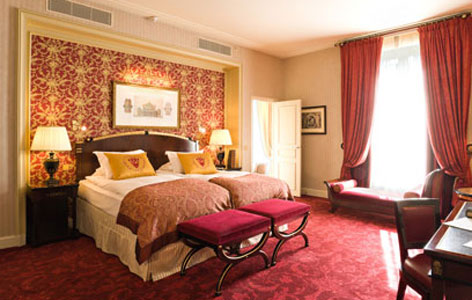 Meeting planners seeking a regal setting for a corporate event or business meeting strike gold at the InterContinental Paris Le Grand, which boasts the lavish, three-story Opera Ballroom among its 23 meeting rooms and 28,371 square feet of event space for groups to 600. Nearby incentives include the Place Vendome, Opera Garnier, and the Louvre Museum.