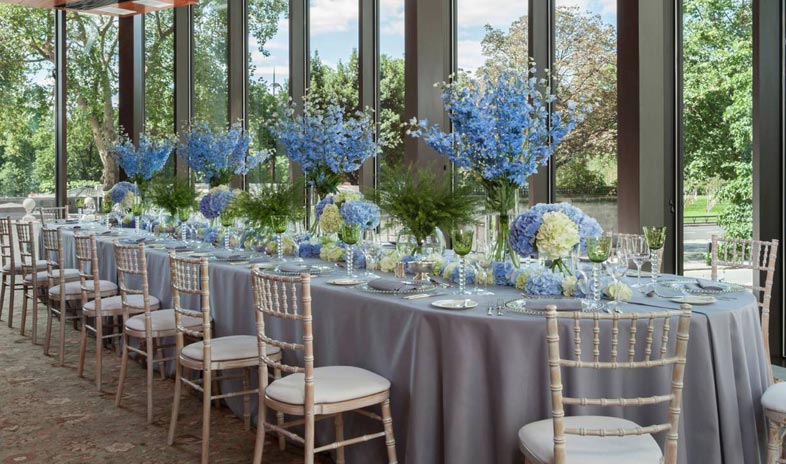 Elite Overview
From the editors of Elite Meetings
Four Seasons Hotel London at Park Lane became a whole new hotel when it reopened December 15, 2010. Highlights of the two-year, near-$200 million transformation included larger but fewer guest rooms (down from 219 to 192), interiors by Pierre-Yves Rochon, and the addition of a new penthouse floor with guest lounge and all-glass spa.

The renovation aimed first to bring the natural light and greenery of adjacent Hyde Park into the hotel, second to incorporate the clean lines of oceangoing staterooms, and third to embrace local traditions with touches like tartan fabrics in the guest rooms and red damask walls in the event spaces. Aiming for a maximum sense of convenience, privacy, and exclusivity for groups, the redesign locates all 8,611 square feet of meeting rooms on the ground floor.